After a year like 2020, treat yourself to some downtime over the holidays and into the new year and catch up on some of the great reads of 2020

‍
Serpentine: A short story from the world of His Dark Materials and The Book of Dust by Philip Pullman

Lyra Silvertongue and her daemon Pantalaimon have left the events of His Dark Materials behind. Here in this snapshot of their forever-changed lives they return to the North to revisit an old friend where we will learn that things are not exactly as they seem.

The perfect re-entry for fans of His Dark Materials and a wonderful companion to The Book of Dust. Serpentine is a brand-new treat for Pullman fans old and new.

Me and White Supremacy: How to Recognise Your Privilege, Combat Racism and Change the World by Layla Saad

Me and White Supremacy shows readers how to dismantle the privilege within themselves so that they can stop (often unconsciously) inflicting damage on people of colour, and in turn, help other white people do better, too.

When Layla Saad began an Instagram challenge called #MeAndWhiteSupremacy, she never predicted it would spread as widely as it did. She encouraged people to own up and share their racist behaviours, big and small. She was looking for truth, and she got it. Thousands of people participated, and over 90,000 people downloaded the book.

The updated and expanded Me and White Supremacy takes the work deeper by adding more historical and cultural contexts, sharing moving stories and anecdotes, and including expanded definitions, examples, and further resources.

A Promised Land by Barack Obama

A riveting, deeply personal account of history in the making-from the president who inspired us to believe in the power of democracy.

In the stirring, highly anticipated first volume of his presidential memoirs, Barack Obama tells the story of his improbable odyssey from young man searching for his identity to leader of the free world, describing in strikingly personal detail both his political education and the landmark moments of the first term of his historic presidency-a time of dramatic transformation and turmoil.

Obama takes readers on a compelling journey from his earliest political aspirations to the pivotal Iowa caucus victory that demonstrated the power of grassroots activism to the watershed night of November 4, 2008, when he was elected 44th president of the United States, becoming the first African American to hold the nation's highest office.

This beautifully written and powerful book captures Barack Obama's conviction that democracy is not a gift from on high but something founded on empathy and common understanding and built together, day by day.

Notes from an Apocalypse: A Personal Journey to the End of the World and Back by Mark O'Connell

In the remote mountains of Scotland, in high-tech bunkers in South Dakota and in the lush valleys of New Zealand, small groups of determined men and women are getting ready

They are environmentalists who fear the ravages of climate change; billionaire entrepreneurs dreaming of life on Mars; and right-wing conspiracists yearning for a lost American idyll. One thing unites them: their certainty that we are only years away from the end of civilization as we know it.

Not unconcerned himself by the possibility of the end of days, Mark O'Connell set out to meet them.

The Double X Economy: The Epic Potential of Empowering Women

Modern slavery is 71% female. 80% of the earth's farmable surface is owned by men. UK women lose GBP140 billion a year in wages to the gender pay gap - the equivalent of GBP10,000 each.

WHEN WE FAIL WOMEN, WE ALL LOSE

Allowing women farmers the same resources as men would reduce the number of chronically hungry by up to 150 million. Giving female entrepreneurs in Britain equal access to capital would add GBP250 billion to the economy. The global economy's wealth would be GBP160 trillion higher if the gender pay gap were closed.

WHEN WE EMPOWER WOMEN, WE ALL WIN. IT'S TIME TO UNLOCK THE POWER OF THE DOUBLE X ECONOMY

The Double X Economy describes both the shocking gender inequalities built into the global economy, and the collective power of women that could be harnessed to turn these around and combat humankind's most pressing problems. Promoting women's economic empowerment will dramatically boost social, financial and environmental conditions for everybody around the world. Provocative, accessible and game-changing, The Double X Economy is at once an expert analysis and an urgent call to action.

Flavour-forward, vegetable-based recipes are at the heart of Yotam Ottolenghi's food.

In this stunning new cookbook Yotam and co-writer Ixta Belfrage break down the three factors that create flavour and offer innovative vegetable dishes that deliver brand-new ingredient combinations to excite and inspire.

Ottolenghi FLAVOUR combines simple recipes for weeknights, low effort-high impact dishes, and standout meals for the relaxed cook. Packed with signature colourful photography, FLAVOUR not only inspires us with whatto cook, but how flavour is dialled up and why it works.‍

Bea and Agnes join eighteen other volunteers who agree to take part in a radical experiment. They must slowly learn how to live in the unpredictable, often dangerous Wilderness, leaving no trace on their surroundings in their quest to survive. But as Agnes embraces this new existence, Bea realises that saving her daughter's life might mean losing her in ways she hadn't foreseen.

At once a blazing lament of our contempt for nature and a deeply humane portrayal of motherhood, The New Wilderness is an extraordinary, urgent novel from a celebrated new literary voice.

‍
Women Don't Owe You Pretty by Florence Given

‍Women Don't Owe You Pretty is an accessible leap into feminism, for people at all stages of their journey who are seeking to reshape and transform the way they view themselves. In a world that tells women we're either not enough or too much, it's time we stop directing our anger and insecurities onto ourselves, and start fighting back to re-shape the toxic structures of our patriarchal society.

Florence's book will help you to tackle and challenge the limiting narrative you have been bombarded with your whole life, and determine feminism on your own terms. After all, you are the love of your own life.

The history-making, ground-breaking speeches of Greta Thunberg, the young activist who has become the voice of a generation, 'Everything needs to change. And it has to start today'

In August 2018 a fifteen-year-old Swedish girl, Greta Thunberg, decided not to go to school one day. Her actions ended up sparking a global movement for action against the climate crisis, inspiring millions of pupils to go on strike for our planet, forcing governments to listen, and earning her a Nobel Peace Prize nomination.

This book brings you Greta in her own words, for the first time. Collecting her speeches that have made history across Europe, from the UN to mass street protests, No One Is Too Small to Make A Difference is a rallying cry for why we must all wake up and fight to protect the living planet, no matter how powerless we feel. Our future depends upon it.

It is 1981. Glasgow is dying and good families must grift to survive. Agnes Bain has always expected more from life. She dreams of greater things: a house with its own front door and a life bought and paid for outright (like her perfect, but false, teeth). But Agnes is abandoned by her philandering husband, and soon she and her three children find themselves trapped in a decimated mining town. As she descends deeper into drink, the children try their best to save her, yet one by one they must abandon her to save themselves. It is her son Shuggie who holds out hope the longest.

Shuggie is different. Fastidious and fussy, he shares his mother's sense of snobbish propriety. The miners' children pick on him and adults condemn him as no' right. But Shuggie believes that if he tries his hardest, he can be normal like the other boys and help his mother escape this hopeless place.

Douglas Stuart's Shuggie Bain lays bare the ruthlessness of poverty, the limits of love, and the hollowness of pride. A counterpart to the privileged Thatcher-era London of Alan Hollinghurst's The Line of Beauty, it also recalls the work of Edouard Louis, Frank McCourt, and Hanya Yanagihara, a blistering debut by a brilliant writer with a powerful and important story to tell. 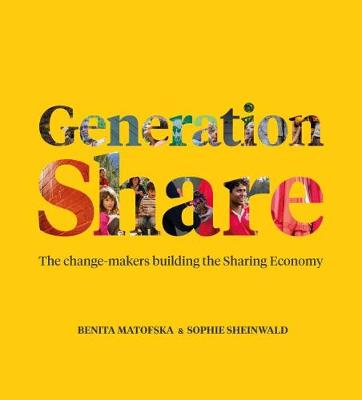 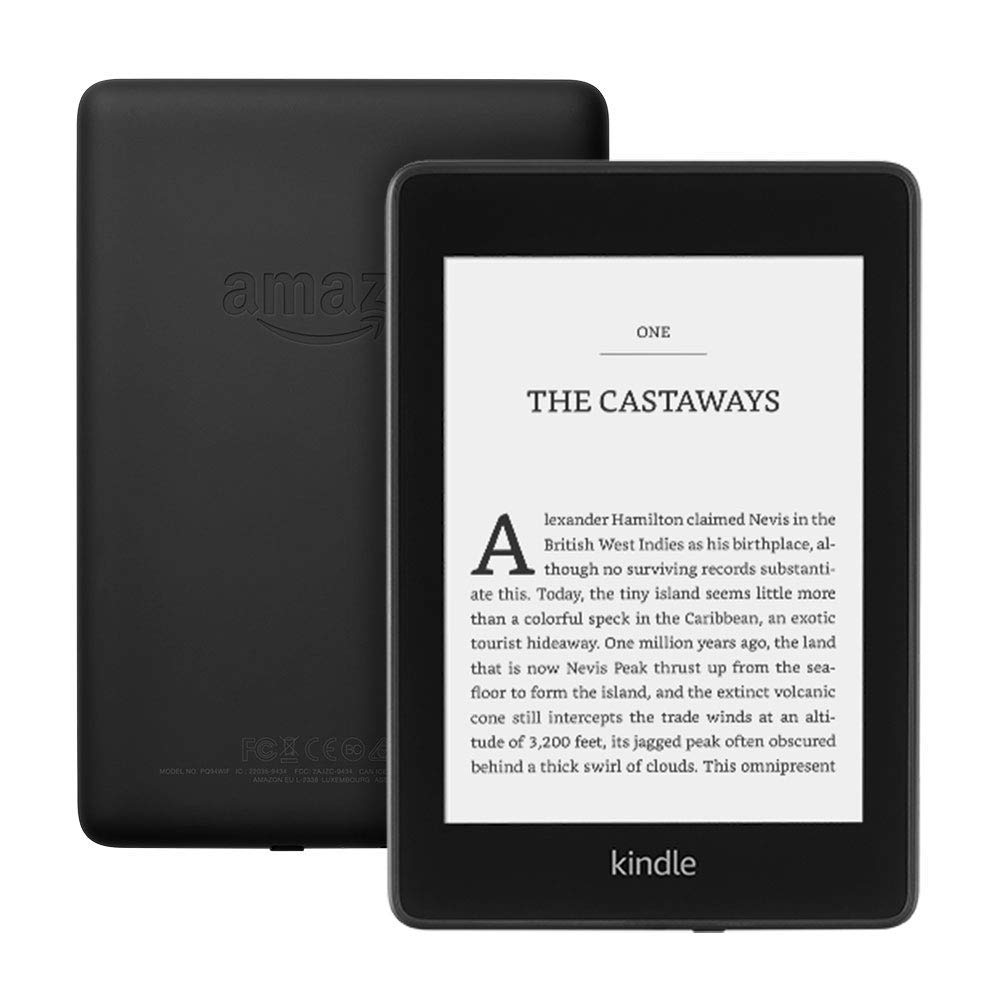 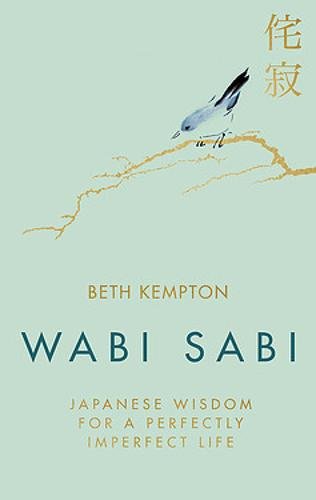 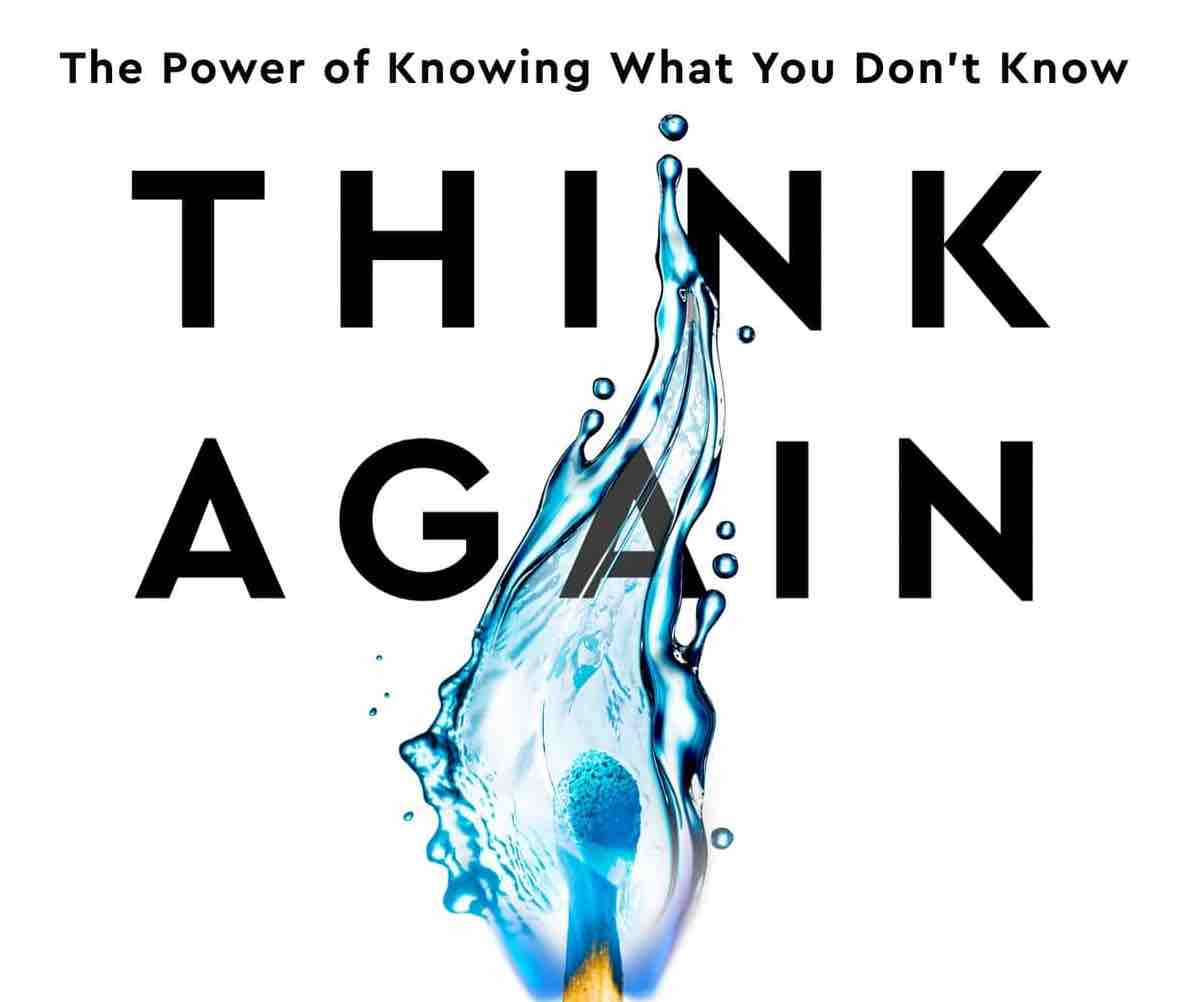 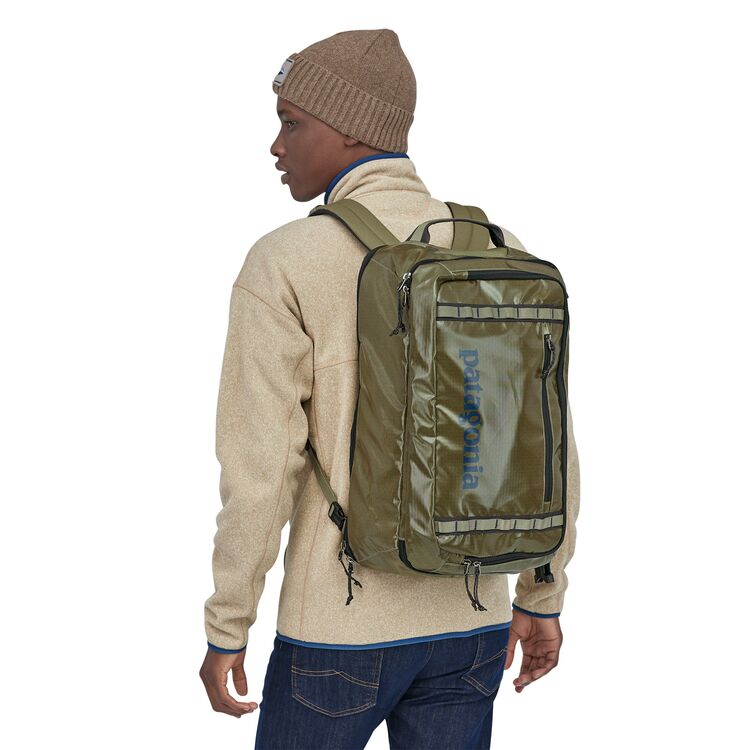 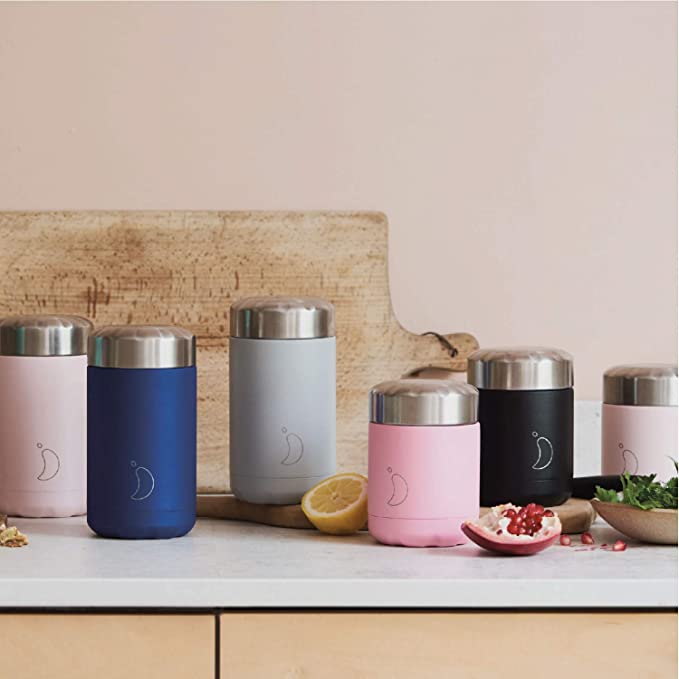 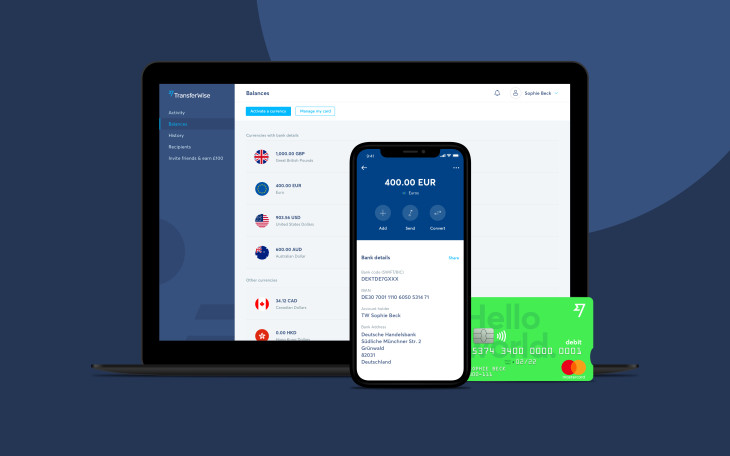 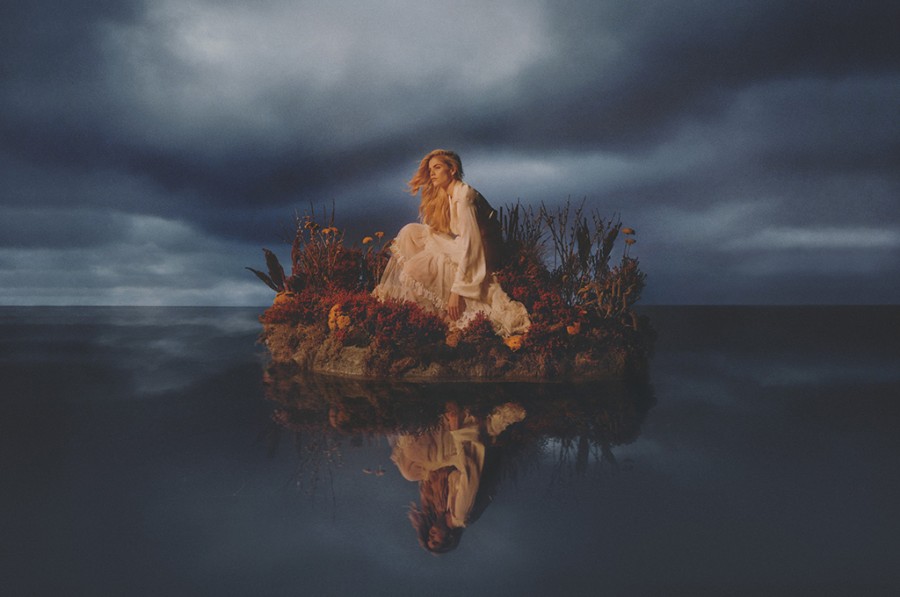 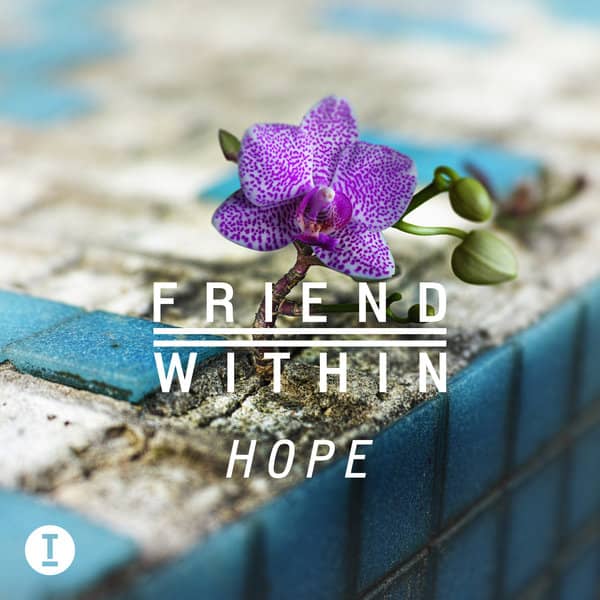 March'21 Album of the month
Friend Within 'Hope' 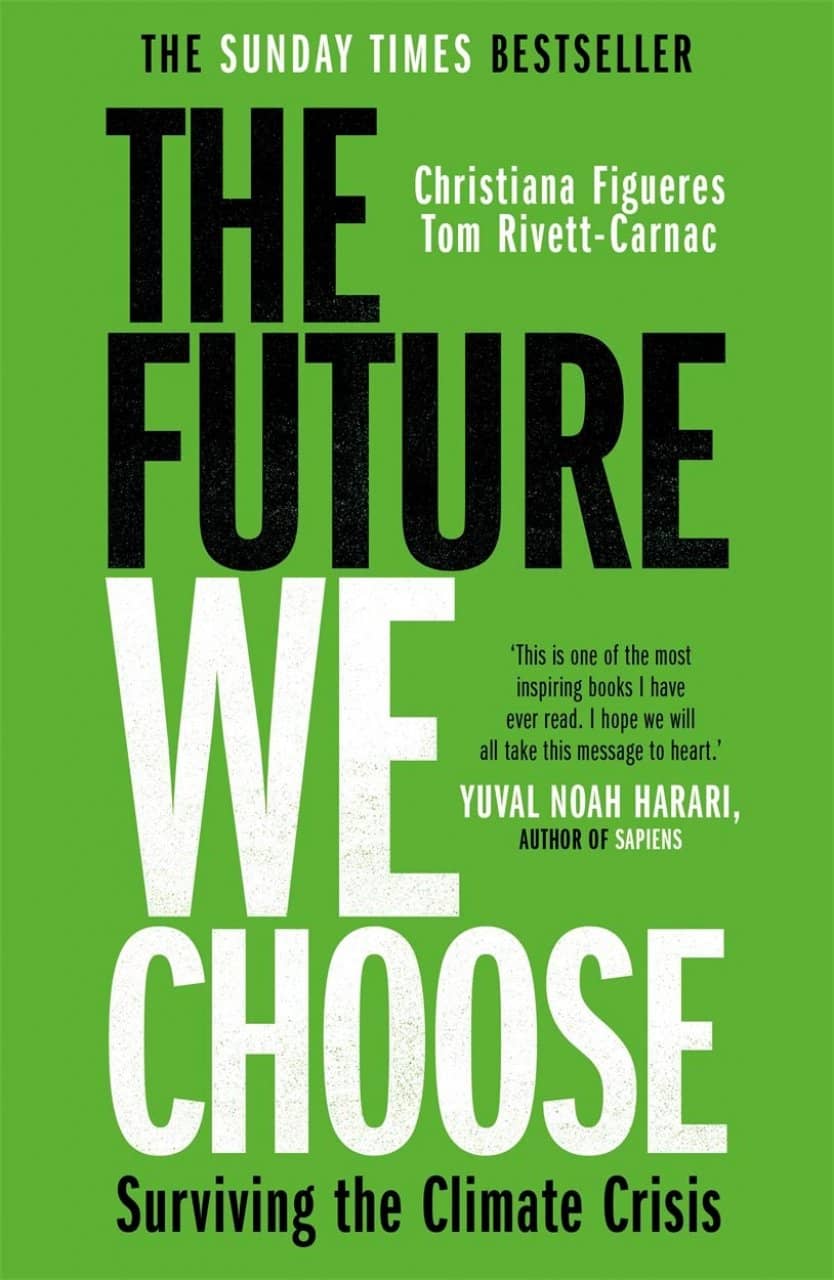 Environment
The Future We Choose